Today we cover how eventful Indian weddings are, bringing you closer to the rites and beliefs of the local people when uniting a couple forever. Each country and each culture have different rituals and ways of celebrating that make each wedding something unique. So, does India. Therefore, we believe it is worth showing it to you.

To start with this section, we have decided to start big and travel to a country with an ancestral culture that makes weddings true parties on a large scale.

Indian weddings are a union of bride and groom and their families, so the participation from members of the family from both sides is significantly active. So much so that it is the families that arrange the marriages and not the bride and groom. In modern times, couples formed out of love are not discouraged. Traditionally, love did not respect important conditions for Indian marriages as caste, religion, social status did.

A typical wedding in India incorporates a multitude of rites and traditions whose elements vary according to the couple’s religion, culture, or family caste.

Before any wedding in India, certain ceremonial acts must take place for the marriage to form correctly, among these ceremonies the following:

Mehndi: The hands and arms of the bride and her female relatives and friends are painted with a paste prepared with turmeric powder and sandalwood or henna. It is a kind of bachelorette party in which the women of both families participate.

Mehfil: Consists of a ceremony in which family members and guests dance the ghoomar, a traditional group dance.

Palla Dastoor: The groom’s relatives bring jewelry, clothing, and gifts to the bride’s home that she should wear during the wedding.

Baraat: The bride’s arrival is celebrated when the wedding is celebrated, traditionally the bride’s house. By tradition, she arrives wearing an achkan (a kind of long shirt) with a yellow turban and typical shoes called jootis, riding a horse with family and close friends (all male) in a great singing and dancing parade.

Milni: At this time, the bride’s family receives the groom’s family and his family with garlands and sweets typical of India. Here members of both families introduce themselves, fostering peace and acceptance among families—Groom’s family reception.

The bride and groom’s entrance: The groom enters the Mandap first (a large store decorated with flowers, garlands, rugs and all kinds of decorations, where the wedding will take place) and they bring him a chair and a celebratory drink, made to order. Milk base, Indian butter, yogurt, sugar, and honey. The accessible Kanya Aagaman takes place, the moment the bride makes his entrance, accompanied by his father.

At this point, the groom and bride are separated by a white curtain and cannot be seen.

Jai Mala: When the bride finally arrives at the Mandap, the curtain is dropped. The ceremony is given in which both exchange garlands of flowers (jayamaala), which represent the acceptance of one towards the other. This ritual occurs while the bride and groom pronounce a few words to inform those present of their acceptance and mutual union.

Kanyadaan: It is the moment when the father of the bride hands her over to the groom. This comes after his promise to assist his new wife in the three most important phases of carnal life: Dharma (religious duty), Artha (riches), and Kāma (pleasure). The ritual consists of the bride’s father pouring holy water on his daughter’s hand and then joining it with that of her new husband.

Vivaha-homa: The sacred fire is lit, and the priest (Purohit) recites the mantra in Sanskrit while making offerings to the fire.

Panigharani: The groom takes the bride’s hand (probably their first physical contact), accepting it and promising both her and her family care and eternal protection.

Shilarohan: The bride stands on a stone representing her desire to overcome obstacles during the marriage. Then they circle the fire four times, with the bride in front for the first three. They join hands, offer barley to the holy fire, and finally, the husband marks her new wife’s hair with kumkum powder indicating that the woman is now married.

Saptapadi: The couple takes seven steps around the fire, each accompanied by a prayer and a promise (for food, for strength, for prosperity, for wisdom, for offspring, health and friendship).

Mangalsutra Dharanam: the groom puts a necklace on his partner, which grants him his wife’s status. From then on, she must wear this necklace for the entire duration of the marriage.

Give Aashirvad: Once married, the couple receives the blessings of both families. To the woman, the women of both families whisper in her ear. Finally, the couple kneels in front of the priest and his relatives, and then walk among the guests while the latter throw rice and flowers at them to wish them happiness and prosperity.

Bidai: At this moment, the bride’s family says goodbye as she leaves for her boyfriend’s house. In many cases, this is the last time the bride sees her family if her boyfriend lives far away, so it is common that, beyond being happily dismissed, there are mixed feelings and some tears.

The journey in Doli: The doli is a highly ornate platform on which the bride travels from her parents’ house to that of her new husband.

Graha Pravesh: Before entering the groom’s house, the bride kicks a pot (Kalash) full of rice with her right foot. Then you are ready to enter the groom’s house. With this ritual, it is believed that food, wisdom, and abundance are achieved.

The reception: Without formal traditions for this stage of the celebration, the reception is a party with music, food, and dance in which the union is celebrated as a success. It is the couple’s first public appearance as a marriage.

Satyanarayana Puja: To finish, two or three days after the wedding, the couple thank Narayan (Vishnu), making a vow of fidelity, seeking to achieve eternal peace and waiting for Vishnu to cover all their earthly needs.

Garg holds a highly revered status in the event business for his company’s track record. Garg has the experience of managing some of the blockbuster weddings starring Bollywood celebrities and corporate individuals. The associated families include The Mittals, The Goenkas, The Modis, and The Jindals. Bollywood celebrities including Shilpa Sheet and Raj Kundra wedding and the iconic wedding of Aishwarya Rai and Abhishek Bachan.

Garg and his company remain the ideal wedding partner for influential families and personalities. They are known for their state-of-the-art arrangements in all aspects, whether large or small, which add excellence and success to each occasion. 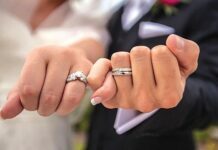 Waist Trainer – Does It Work or not?

Tania Shipman - February 23, 2021
0
A good shapewear can reduce measurements and help define the curves of the body of women and men. Popularized by celebrities, the search for...